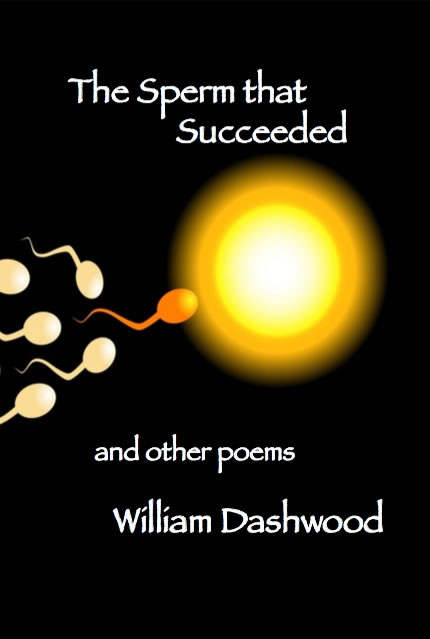 The Sperm that Succeeded

Thinking “Hey isn’t this great”
Certainly not languishing or hanging around
Certainly not holding back or waiting to be found
Or were you a sperm that was feeling discouraged
All the other friendly sperm that were swimming in the porridge
Said “Come on pal, you can do it, yes you can”
And held out the equivalent of a spermly helping hand
Or were you a sperm that was swimming in confusion
Lost all sense of purpose, forgot the goal was fusion

Or maybe a sperm on a spiritual quest

Played all the other sperm a nasty trick

Some pessimistic, think the ova is a hoax

Some sperm are kamikaze and go plunging to their deaths
Some are suicidal, some are just depressed

Some get there by accident, others by design
Some are full of joy and feel being a sperm is fine

Whatever sperm you were, no matter what advice you heeded
One thing is for sure; you are the sperm that succeeded

Order The Sperm that Succeeded - €12.50 plus post & packing Europe